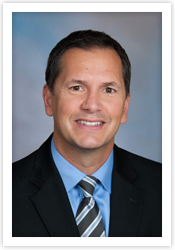 He received his law degree from Thomas Cooley Law School, holds a bachelor’s degree in public administration from Central Michigan University, and is a 1980 graduate of Chippewa Valley High School. Smith served 25 years on the Clinton Twp. Fire Department, retiring in 2011 as the Fire Marshal.

Smith has served as a delegate to the Southeast Michigan Council of Governments (SEMCOG) and as an Executive Board Member for AAA1-B.

Smith lives in Clinton Township with his wife, Felisha, and their three children, Sierra, Troy and Devon.