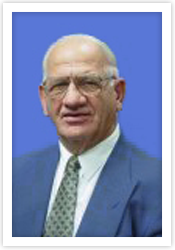 Center Line and part of Warren

Commissioner Marvin Sauger has served on the Board of Commissioners for 22 years, and was re-elected in November 2018 to serve the residents of Center Line and part of Warren for the 2017-2018 term.

During his time as a commissioner, Sauger has served on various committees including Budget, Finance, Personnel, Courts and Legal Affairs, Administrative Services. He has served as the vice-chair of the Courts & Clerk/Register of Deeds Committee and as a member of the Finance, Board Operations, Audit, and Public Safety committees.

He is a graduate of St. Clement High School, and studied at Macomb Community College.

Sauger retired as a Sergeant from the Macomb County Sheriff’s Department in 1987, after 26 years of service.

His community involvement includes serving as Chairman of the Center Line Recreation Committee and as a member of the Downtown Development Authority. He is a sponsor of both the Warren and Center Line Youth Baseball Teams, and is involved in the local Red Cross Blood Drive. Sauger is also a lifetime member of the Fraternal Order of Police, Lodge #187, and a member of the Knights of Columbus.

He is the father of two, and grandfather of five.